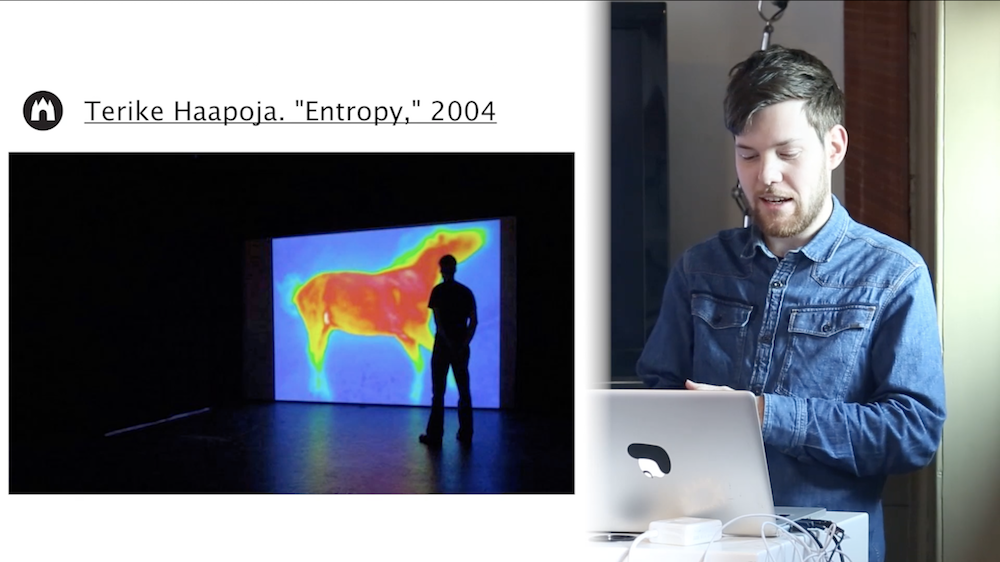 Entropy is a visualisation of life’s presence slowly leaving the body.
A thermo-cam image of the body of a dead horse shows its silhouette slowly fade from the screen as its body loses heat until it vanishes entirely.

Generally, we think death is stopping heart beat.
but she spreads the meaning that death is vanishing heat of body. 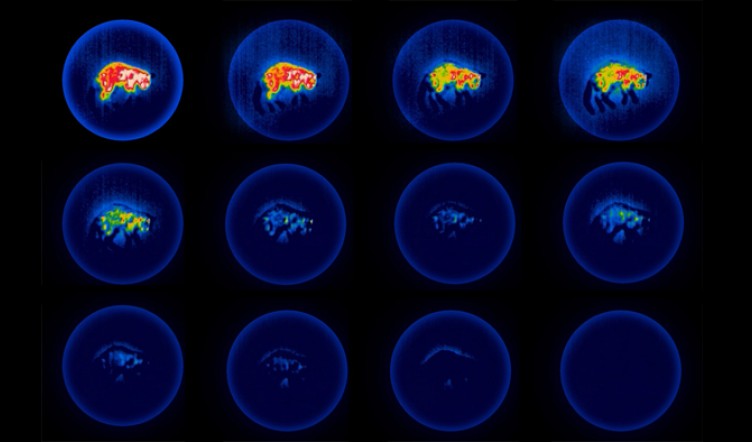